Do truck drivers get fired for accidents? 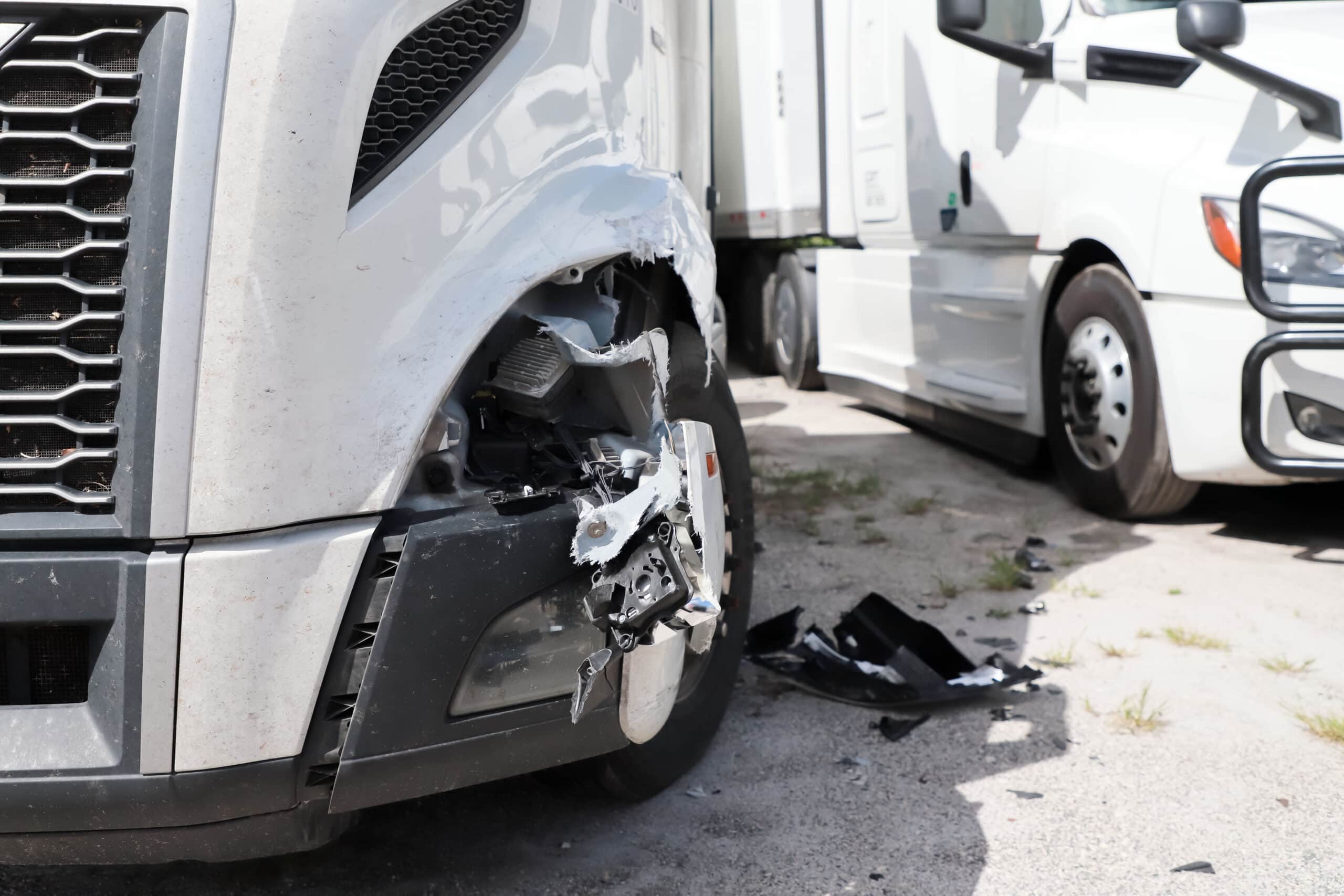 Do Truck Drivers Get Fired from their job For Accidents?

In terms of the types of accidents that can occur, truck accidents differ from car accidents. Many different sorts of truck accidents can happen because tractor-trailers and other large trucks run into numerous problems on the road, including:

These different types of truck accidents can produce a wide range of outcomes. Sometimes, these accidents can clump together during one severe accident, such as a rollover truck accident that causes a cargo accident involving multiple vehicles. The more powerful the accident, the more likely the truck driver will be fired from an accident. 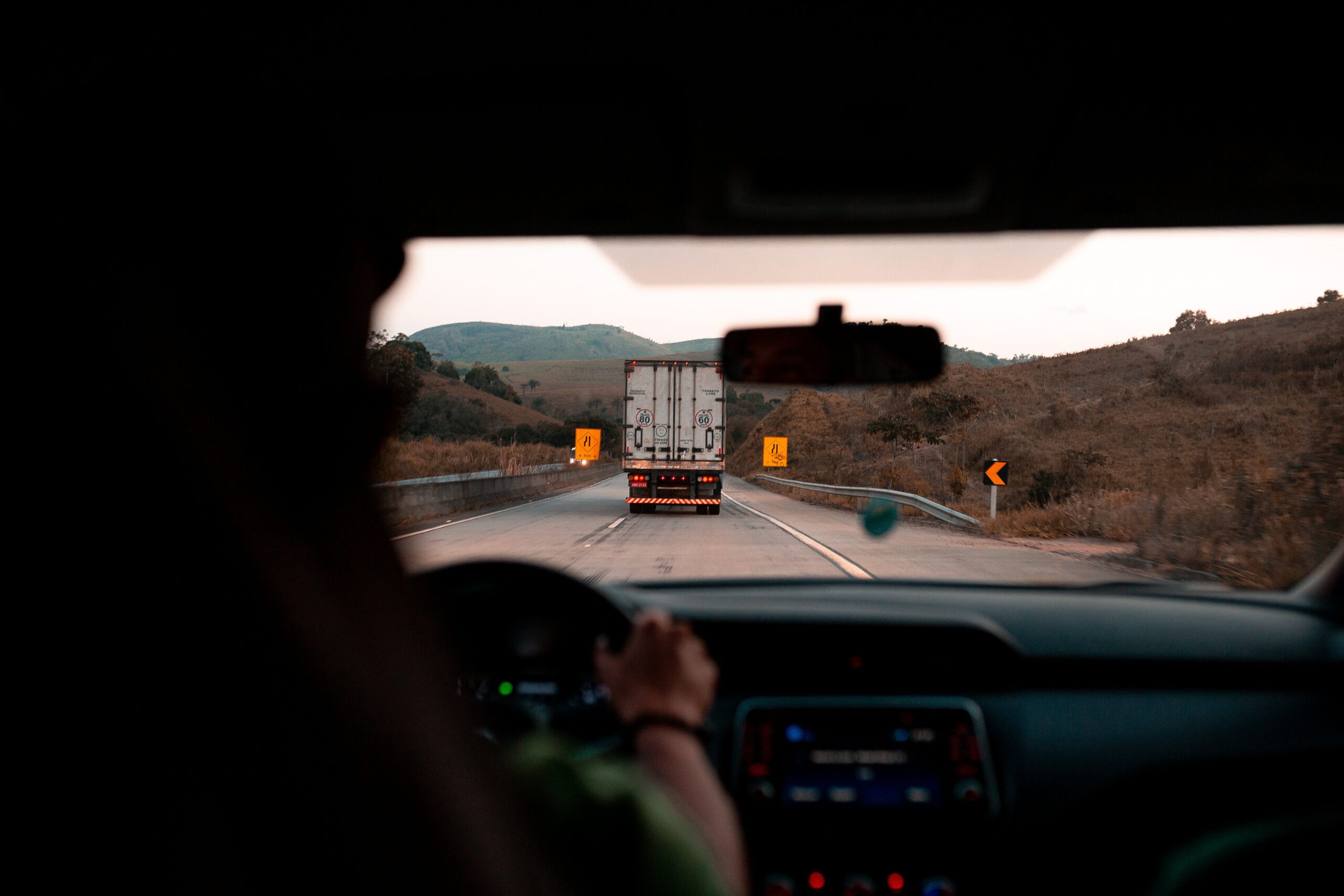 Avoiding a preventable accident can save you from being fired, but frequent avoidable accidents due to fault are enough reasons to fire a truck driver. If the accident could have been avoided, the employer would have had every right to fire the driver. If you are in an accident, even if it is not your fault, and you are arguing with another driver or passengers, the transport company has reason to fire you. For truckers, an accident caused by non-compliance with the rules and regulations of trucking can lead to dismissal and prevent you from hiring another trucking company.

Failure to comply with these rules often results in the liability of trucking companies when one of their drivers is involved in an accident with a truck. In addition, trucking companies that do not adequately train their employees in the loading and securing cargo, or employees who make negligent errors that cause a truck to crash due to cargo spillage, can be held liable for damages.

Freight companies can be held liable for the driver’s actions in the event their truck driver gets in an accident. If the truck owner/driver is responsible for the truck and its maintenance, the company can forgive itself if the driver causes an accident or receives a traffic violation. An accident could be held by one or more parties, including the truck driver, the truck manufacturer, the driver’s employer, or the company that owns or loads the cargo. After a car accident, the police and the drivers’ insurance companies will decide who is at fault. 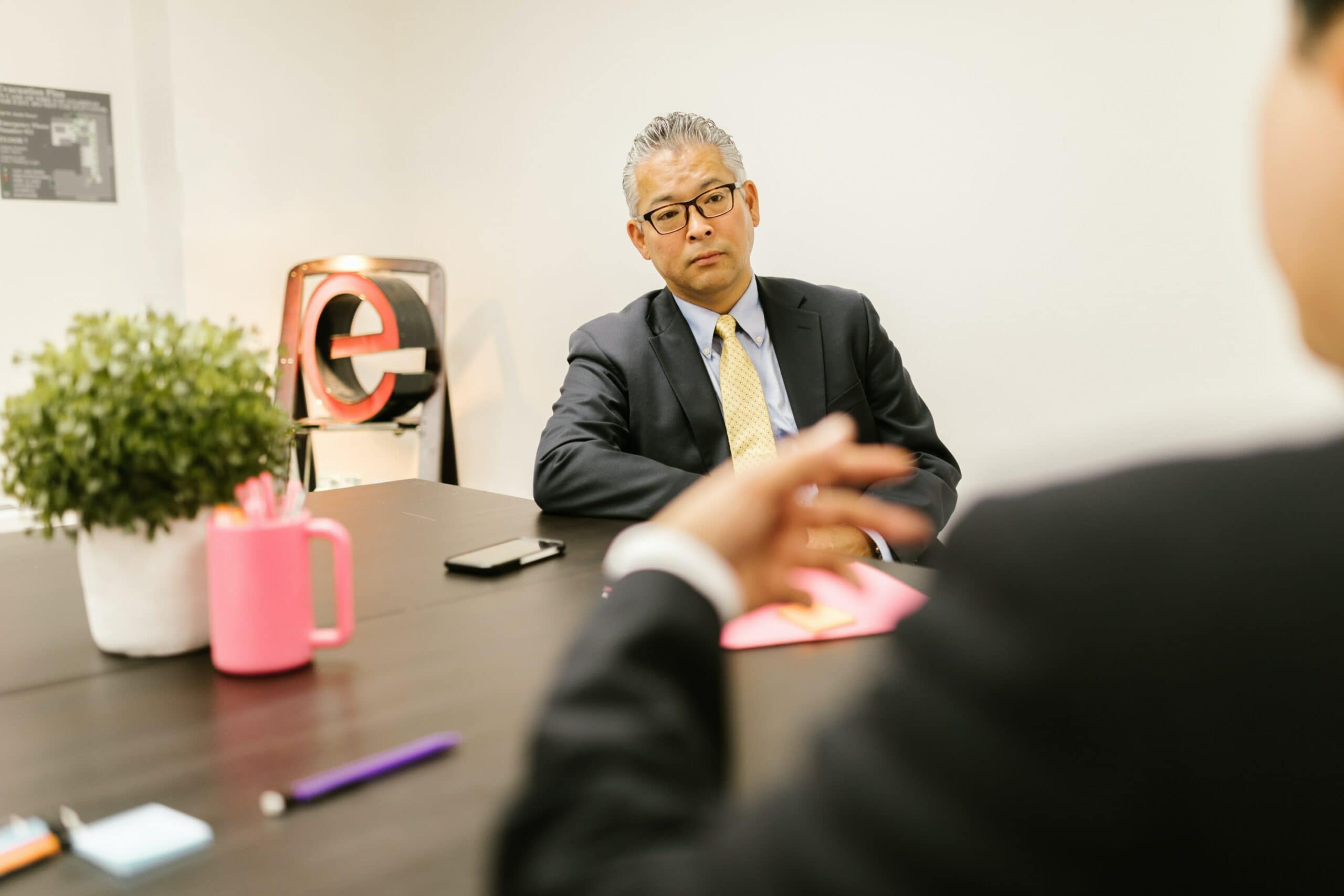 Here’s a look at some of the most prevalent sorts of trucking incidents that result in truckers being fired (or an IC’s contract being canceled). 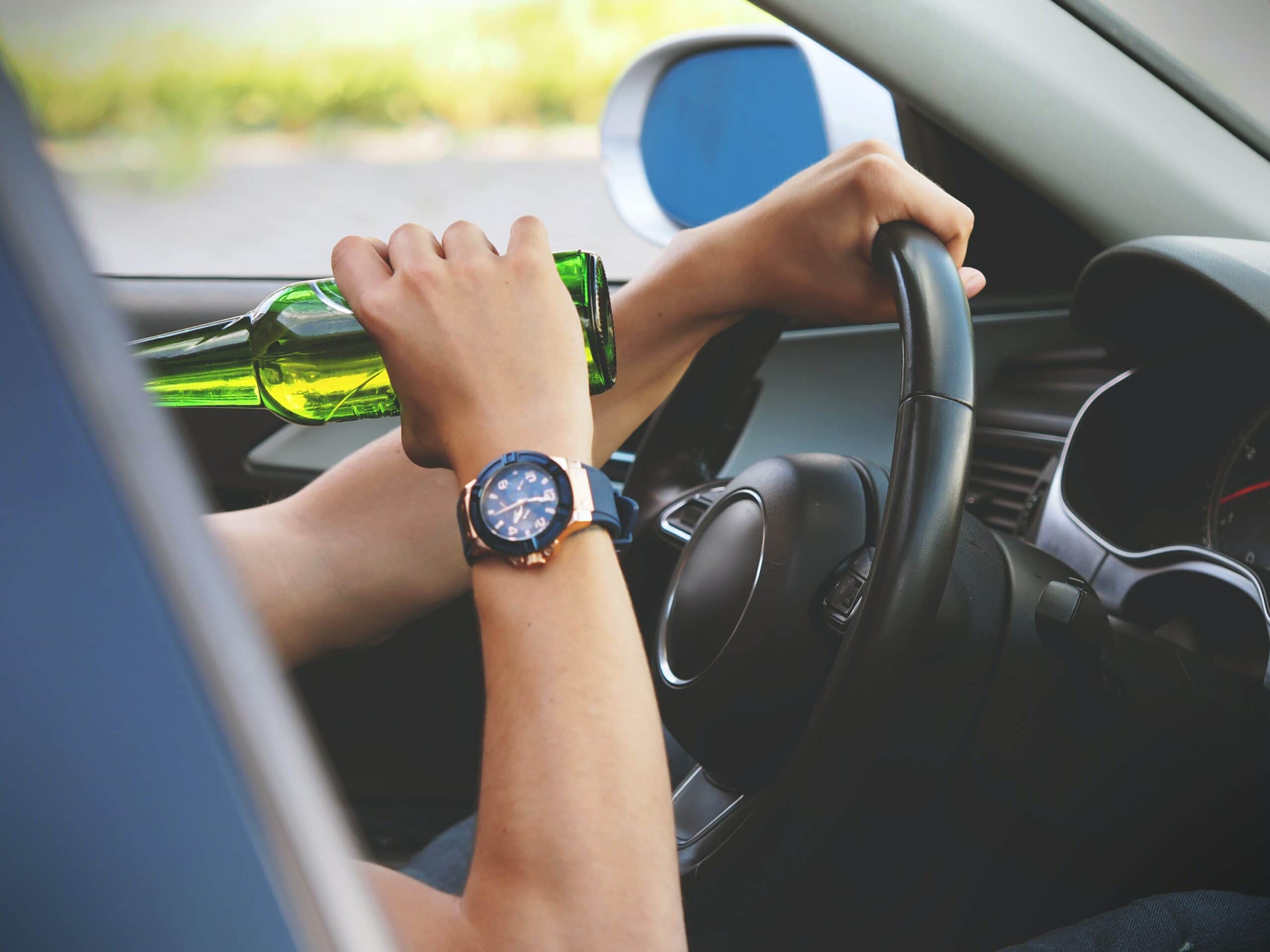 Many trucking companies have zero-tolerance standards for on-the-job alcohol and drug impairment. They are usually aware that if their personnel are inebriated and create mishaps while on the job, they may be held accountable. As a result, several motor carriers treat impaired driving as a disciplinary offense, regardless of whether it results in a crash.

18-wheeler accidents caused by a failure to follow these standards may result in a trucker being dismissed from their current job and being barred from being recruited in the future. 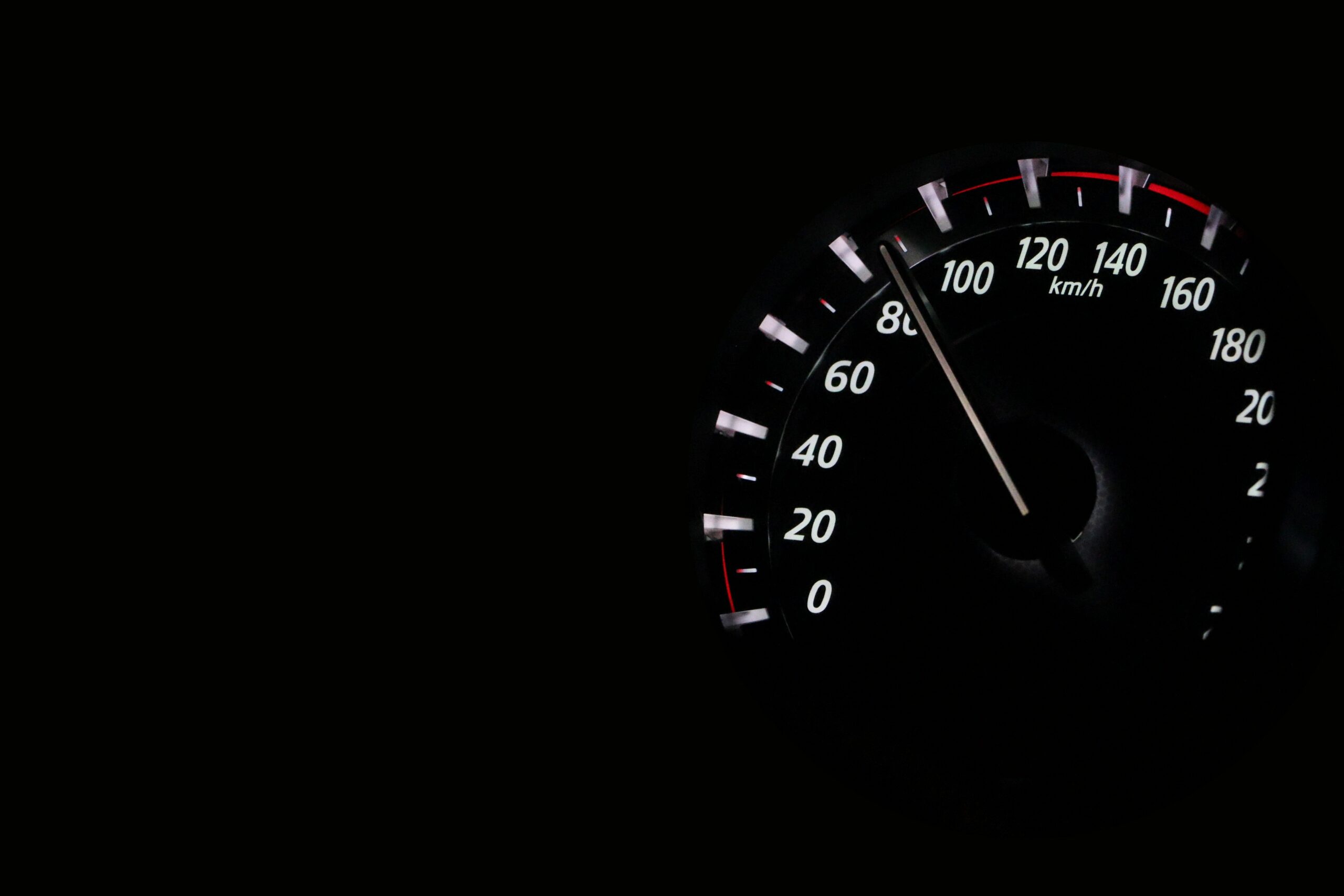 According to the most recent data from federal regulators, speeding is the primary cause of 18-wheeler accidents. Speeding, like drunk driving, is entirely avoidable.

Speeding drivers are frequently viewed as a liability by motor carriers. That’s why truckers’ careers are often jeopardized when they speed and cause accidents. After a speeding accident, your chances of being fired will soar if:

Motor carriers may have specific safety measures in place, such as securing and checking cargo, repairing trucks, and so on, depending on what they transport. Truckers can be fired if they violate these standards and cause an accident.

Motor carriers have a strict policy against road rage and violence. Like drunk driving and speeding, violence can expose trucking businesses to litigation. Thus, it’s customary for them to have a zero-tolerance policy.

That implies truck drivers are more likely to be fired by motor carriers if their road rage causes wrecks or if they act violently after an accident. 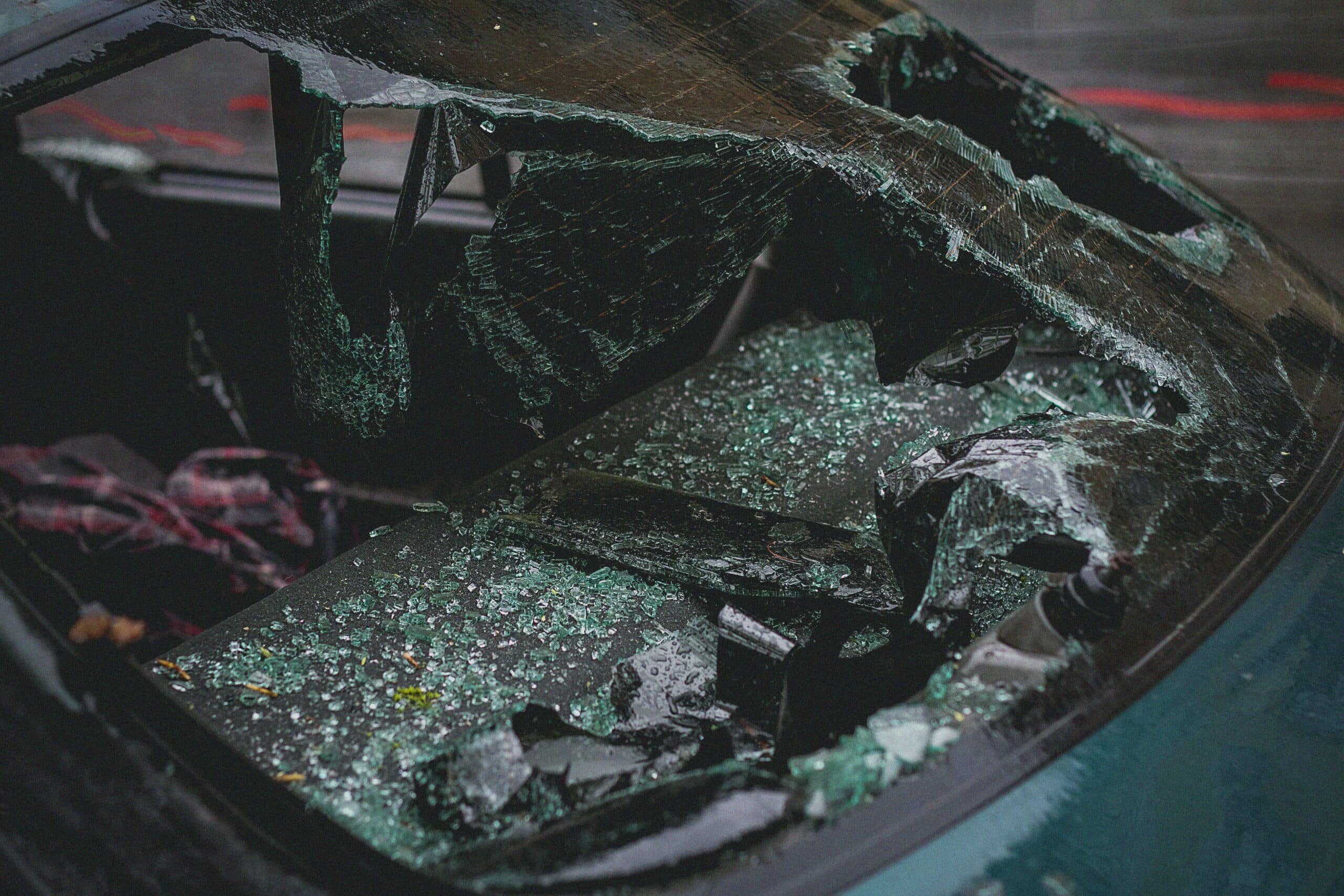 Accidents that could have been avoided

Motor carriers may be less forgiving when a trucker causes an accident that could have been avoided if (s)he had just been a little more cautious. This is especially true if there are significant or fatal injuries resulting from the collision.

While some employers may fire, suspend, or otherwise penalize drivers who cause avoidable collisions, many will dismiss truckers who: 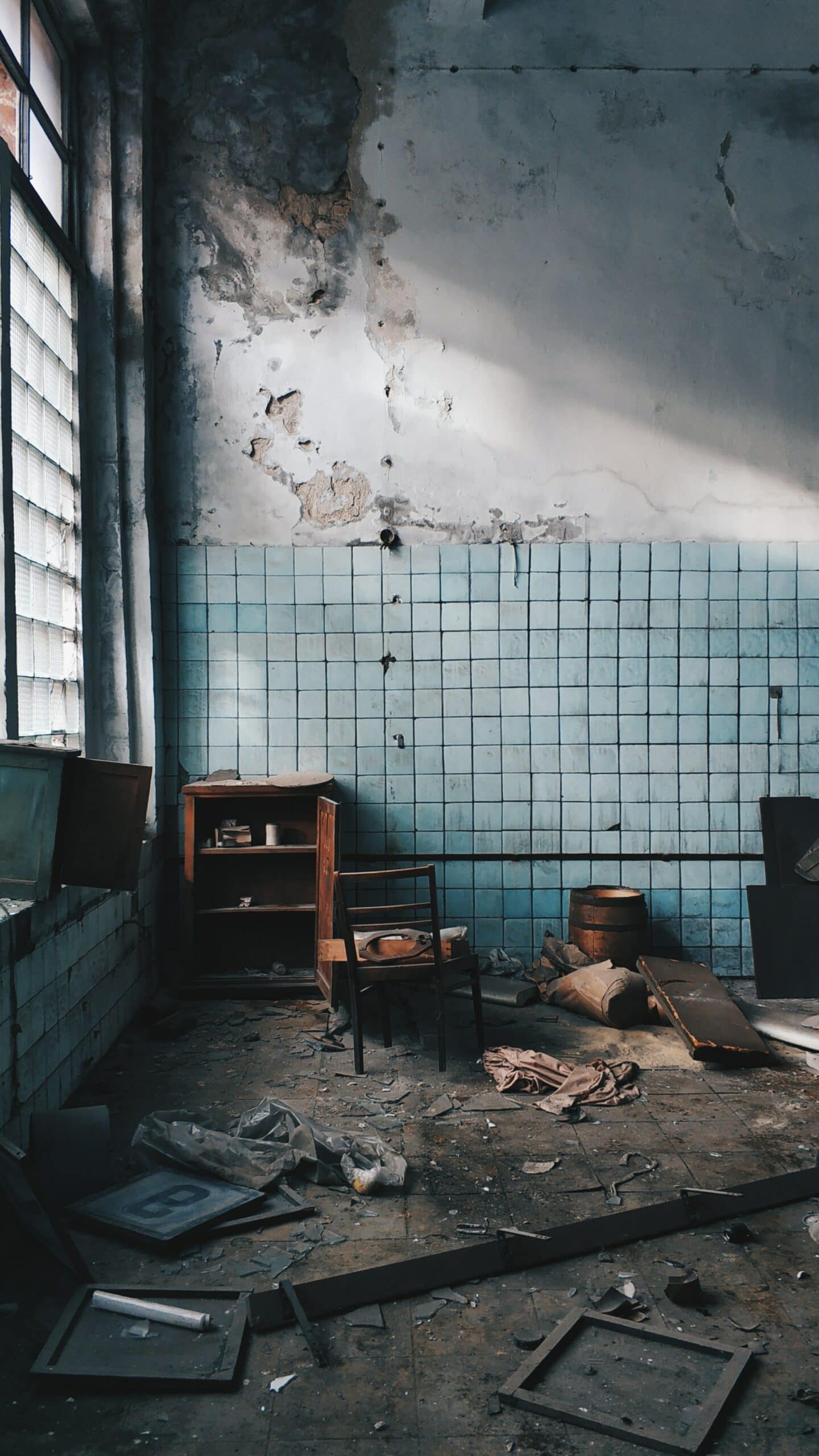 Property damage to the company or a client

In most cases, whether a motor carrier’s trucks are damaged, or a client’s property is destroyed in an accident, the company will lose money. The company’s reputation and relationships may be on the line as well. Property damage can be quite dangerous and can lead to a truck driver being fired for an accident.

Regardless, drivers who commit accidents that cause considerable harm to the company’s property, profits, relationships, and/or reputation are more likely to be fired.

Once an accident has occurred and been reported, the insurance agency or agencies providing driver and/or trucking company insurance investigate the accident and collect their evidence to defend against any potential claims that their customers may have. When researching a possible complaint, an 18 Wheeler attorney may review employment documents, driver certificates, trucking records, inspection records, maintenance records, and/or past driving violation citations to see if the driver or trucking company is cutting corners not adhering to necessary safety regulations. In addition, transport companies usually check drivers involved in an accident, whether they were responsible for the accident or not. 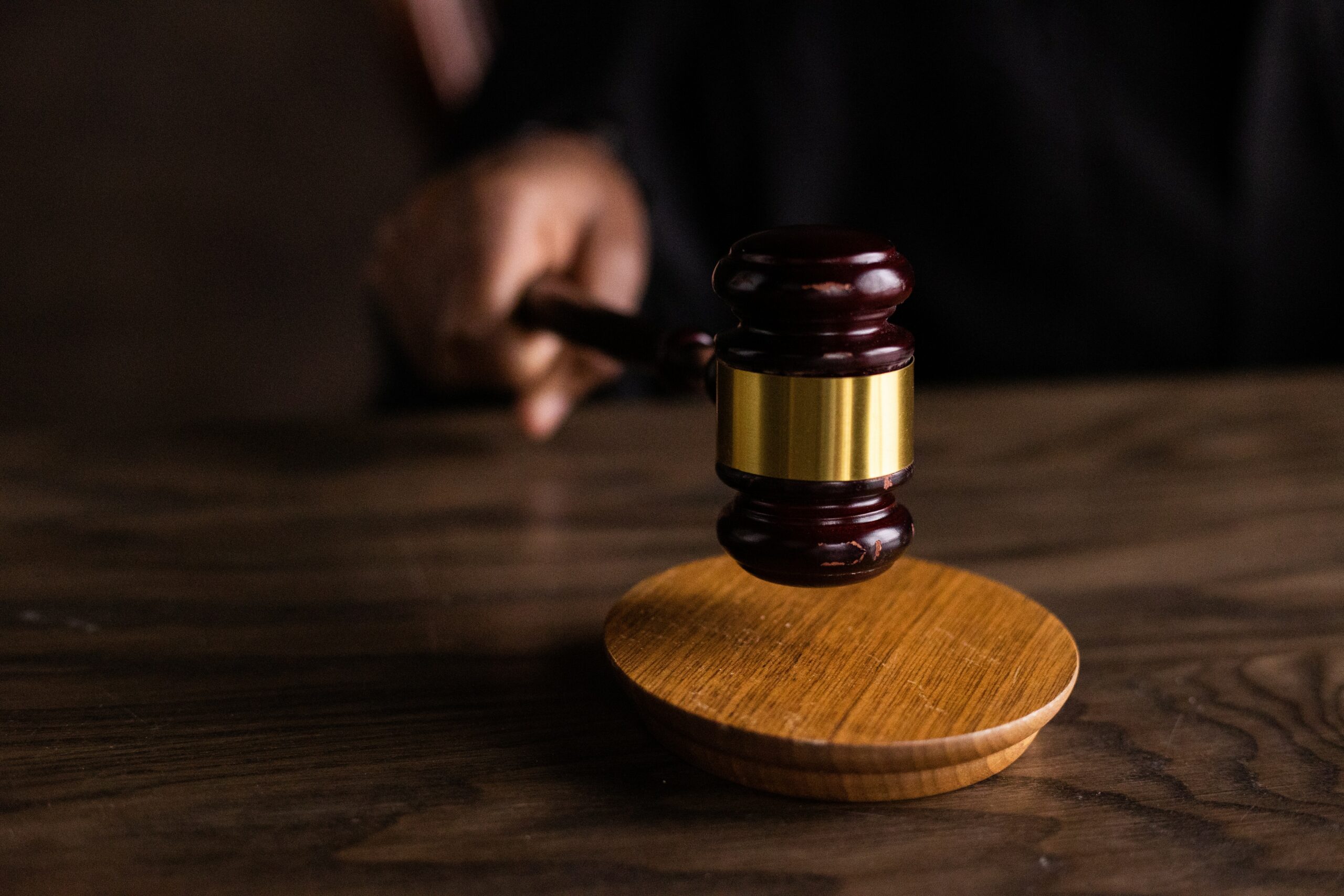 Whether you are found guilty or not, you will most likely be required to undergo a drug and alcohol test immediately after a car accident through a company of your employer’s choice.

Truck companies usually understand if a driver has an imminent accident, but there are some accidents that an employer cannot ignore. For these reasons, an employer may decide that it is best to fire a driver if they have reason to believe that an accident may occur in the future. For example, suppose a driver has consistently been involved in avoidable accidents or his employer notices patterns of reckless behavior. In that case, the company is likely to terminate the driver’s employment relationship to prevent future liability.

The public can also pressure businesses to fire drivers whose negligence or oversight led to an accident. For example, if a driver caused an accident due to speeding, companies could fire their drivers for liability. In addition, companies with poor hiring practices are liable for damages if the driver caused the accident. Transportation companies may use any of the following reasons to justify their decision to fire you after being involved in a traffic accident.

Most trucking companies would not fire their truck driver if there were evidence that the driver was as much a victim as another person or property damaged in an accident (e.g., another driver caused multiple vehicles to collide from behind, the driver was forced to go in case of bad weather, road signs were insufficient). Drivers, not just commercial truckers, can feel road rage sooner or later, but if you resort to violence in an accident, whether you’re at fault or not, you could lose your job. While it is understandable that some truck drivers become tired of driving long distances, often at night, road rage or violent acts that endanger and ultimately injure other drivers and passengers are unacceptable. Some trucking companies have found ways to bypass electronic logbooks and force drivers to exceed the maximum allowed hours, moving tired truck drivers onto the road, leading to accidents.

When violations of specific safety regulations play a role in accidents, truckers may get fired. So the short answer is yes; employers can fire their drivers even if it’s a minor accident and there hasn’t been a single fatal accident. 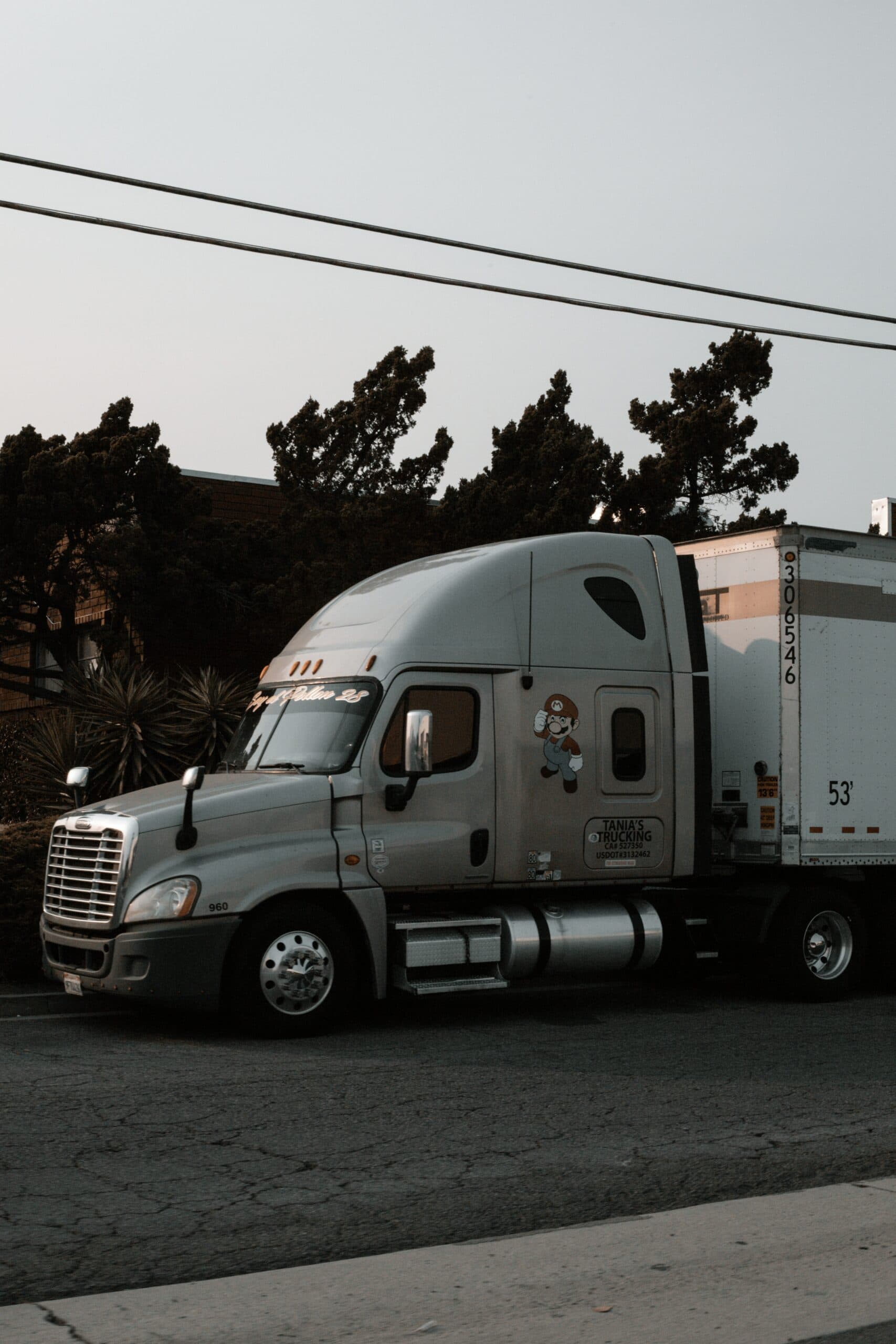 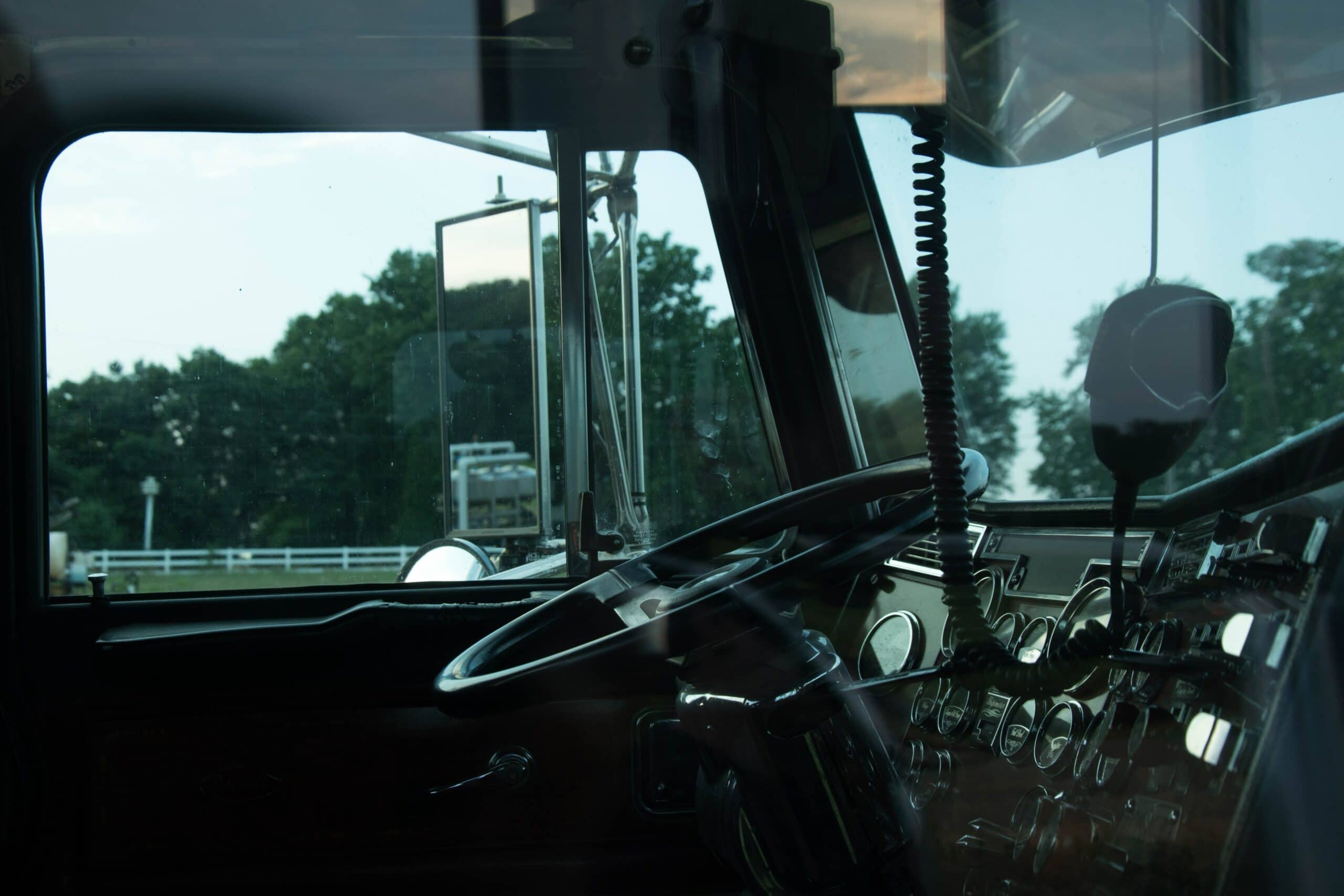 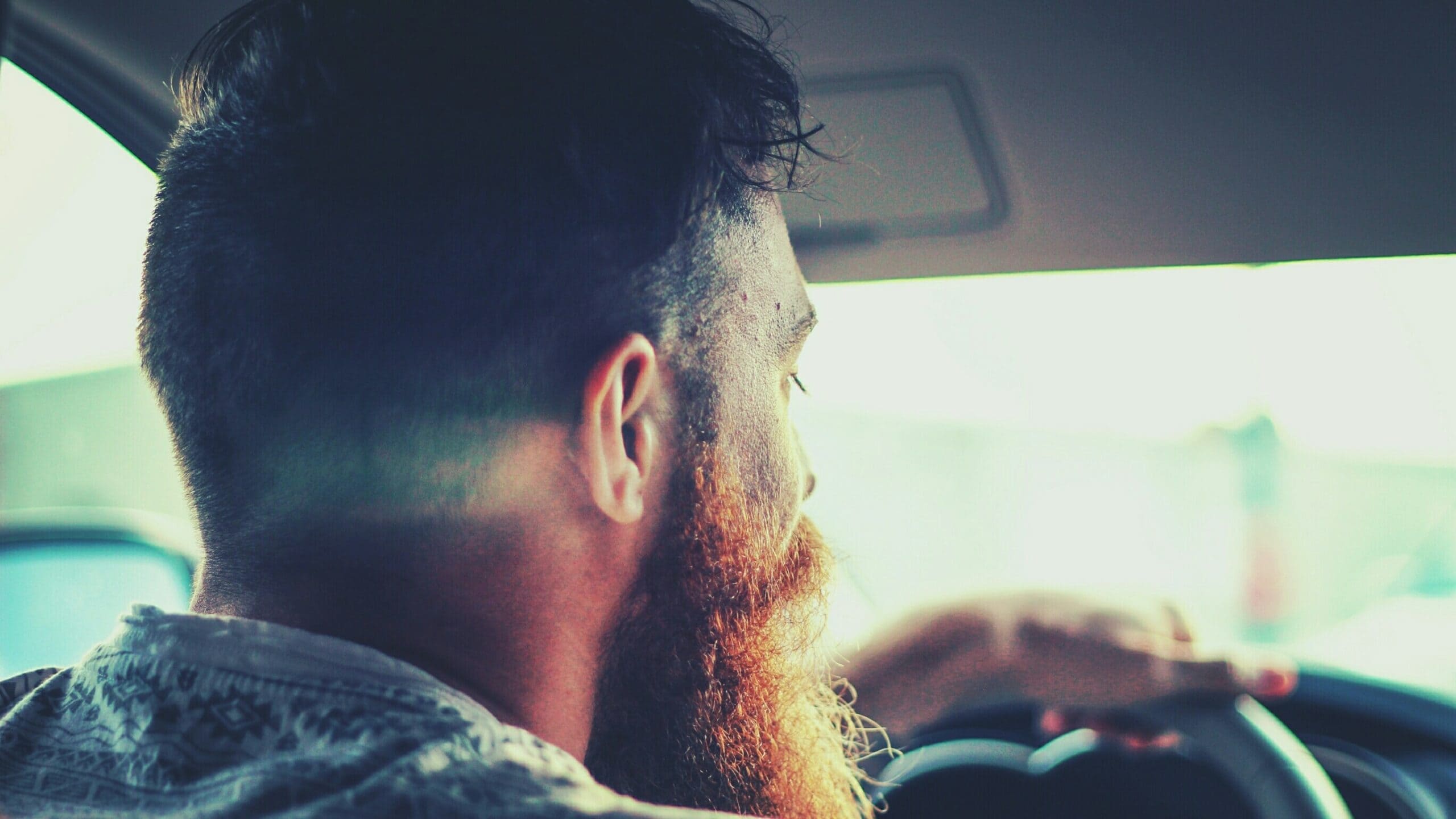